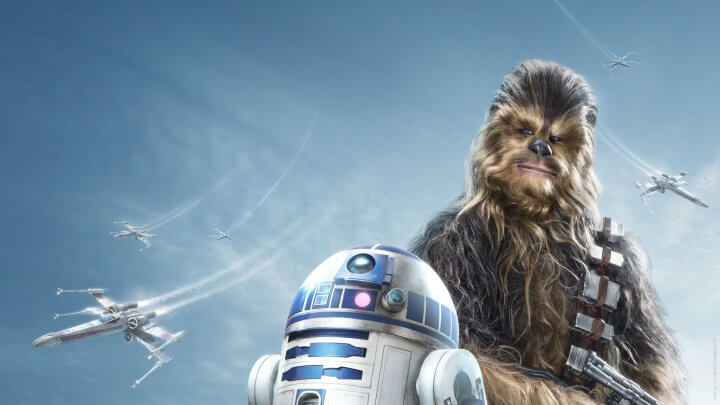 Following the success in Disney World, Star Wars is now finally coming for Paris! From January 14 to March 26, a big part of the park will be transformed into your favourite intergalactic world under the name “Season of the Force”. Without any shame you will be able to open an automatic door using a Jedi-esque hand wave or pin up your hair like princess Leia. But there is more!

Disneyland Paris promises breathtaking shows exploding with special effects and live Star Wars characters who propel you into the never ending battle between light and dark. The saga’s most meteoric moments will be reenact in  2 shows: A Galactic Celebration and A Galaxy Far, Far away. But don’t think for a moment the new Disney galaxy will fall into anarchy hands because stormtroopers will be patrolling!

With all these spectacular events, you might forget you came with children. Don’t worry, while you are busy making friends with a stormtrooper, they are welcome in the Jedi Training academy. Here are aspiring Padawans aged 7 to 12 trained and offered the opportunity to see how the Force works from a true Jedi Master.